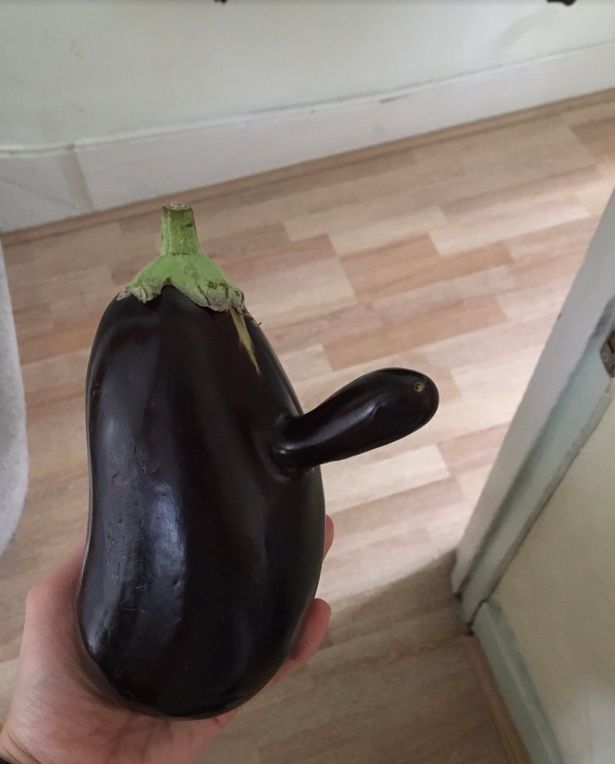 IT’S THE ATTACK OF THE KILLER VEGGIES!!!! WAIT WHAT!

A woman was left in stitches after she found an oddly-shaped eggplant in her vegetable box. Becca Wright, a public affairs manager at Ferrero who lives in London, received the hilarious eggplant in her wonky fruit and veg delivery from Oddbox. Oddbox is a service which provides customers withfruit and veg from farms that look a little different from the usual produce wesee in supermarkets. Becca first signed up to Oddbox during the coronavirus lockdown, after being told about it by her friends. But when she was rooting through one of her most recent deliveries she came across an eggplant with a Pinocchio-sized nose, or something a little more rude. She said: "I really liked the ethos behind it and lockdown seemed as good time as any to start experimenting with different varieties of veg, especially stuff that would otherwise be thrown away, and the convenience of having the box delivered was a bigbonus.