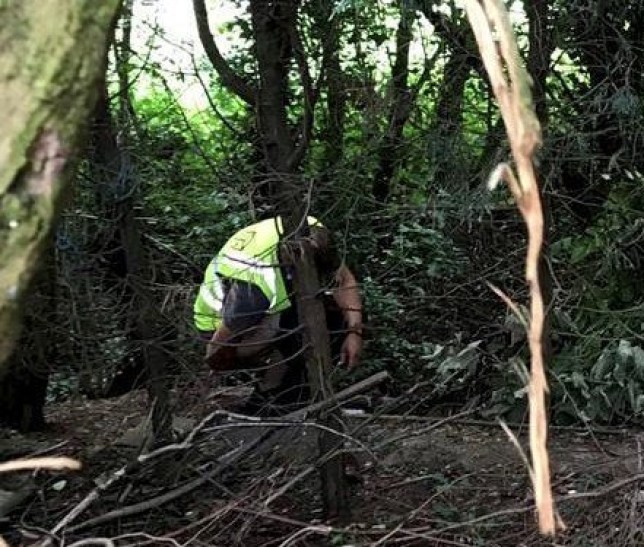 Amazon has sacked a delivery driver after a horrified neighbour caught him pooing in her garden.

NHS counsellor Sharon Smith, 53, said she was cooking in her kitchen when a van pulled up outside her home. A man ran from the vehicle towards her garden and she followed him, suspecting he could be stealing some wood. But the mum-of-two caught the man mid-squat defecating on her property among the trees, and promptly called the police.

Sharon said he even asked what her problem was and got aggressive as he tried to leave. She said: ‘I asked what the heck he was doing and he just remained pooing whilst asking me what my problem was – the cheek of it.