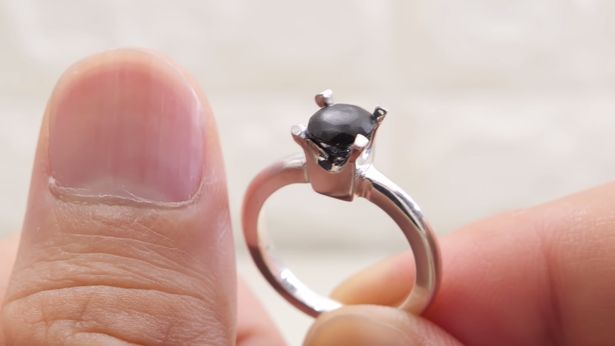 We all know that when it comes to engagement rings, it’s the icing on the cake for any engagement. But one man has taken the time to invent his own. Instead of going all out on a spending spree, some couples decide to buy cheaper ones or more affordable rings. While a lot of people have no problem with being proposed to with a homemade trinket, it seems there's one thing many people would really hate to receive. Let it be known that the people of social media, and surely all sane people out there, draw the line at an engagement ring made from a man's fingernail clippings. Yes, it seems one man really spent an entire year collecting his nail clippings to turn into a "diamond"ring.

The whole process was shared on Twitter in a disturbing viral video by SCMP News. The South China Morning Post reported that a Japanese man, who creates videos on YouTube under the name Kiwami Japan, collected his fingernail clippings for 365 days and filmed the process of them being turned into a piece of jewellery. Once he had collected a sufficient amount of clippings, the man started by putting them into a blender. However, this didn't give the desired consistency, so he then ground them into a very fine powder,before mixing with water in a pan. The fourth step saw him compress the nail powder and water mixture and put it into an oven for 90 minutes. What came out of the oven can only be described as looking like a lump of dark clay. The man took the mixture and put it into a diamond-shaped mould before inserting it into a silver ring - which he also made himself. When all was done, the finished product was a ring with a dull black stone, which thankfully looked nothing like fingernails.