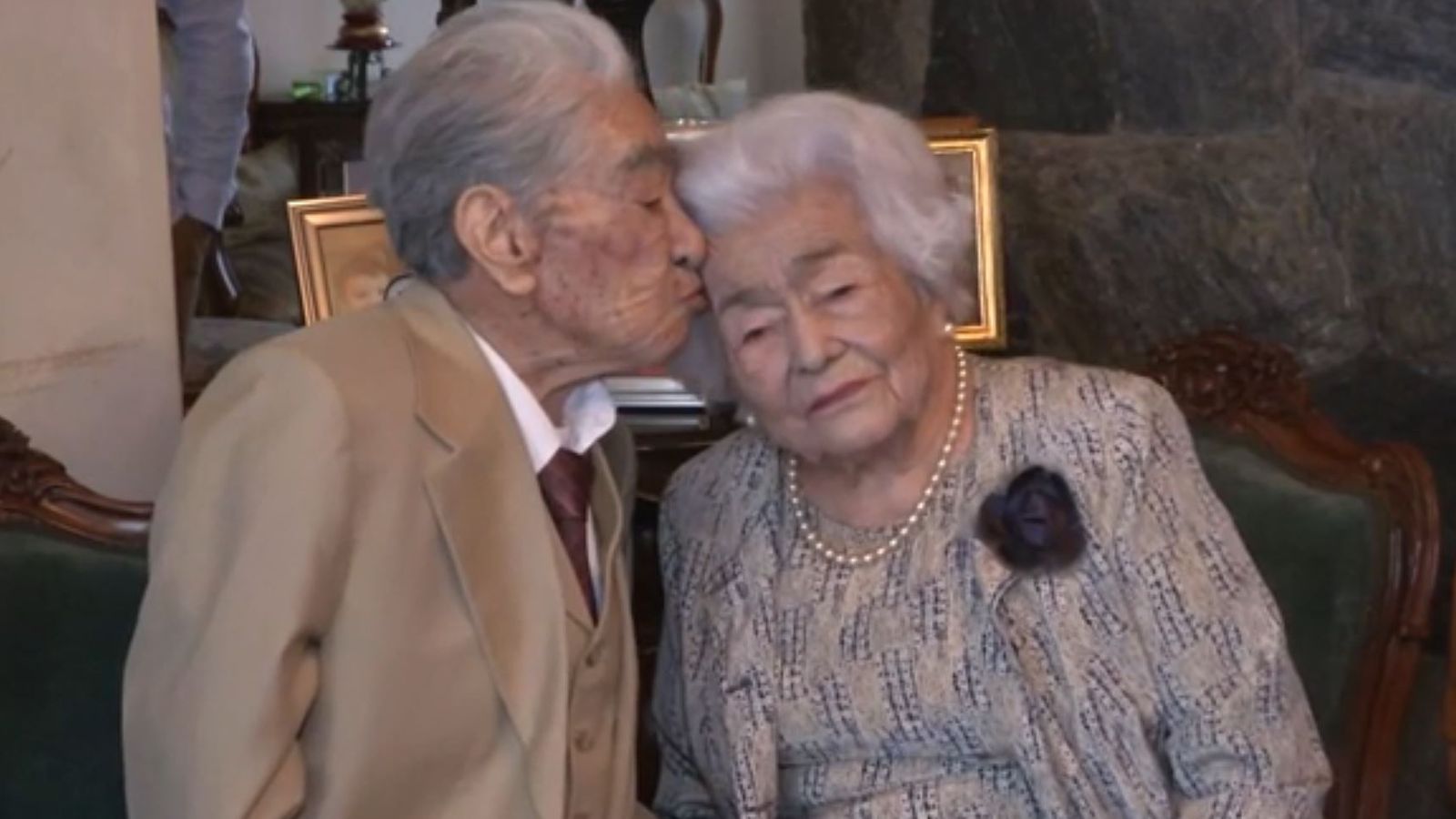 Their marriage - which began in secret - has lasted 79 years and the couple has collectively lived just less than 215 years.

Julio Mora and Waldramina Quinteros have been married longer than most people have been alive.

He is aged 110 and she is 104 - and they've just been awarded the Guinness World Record for the world's oldest married couple.

There are longer marriages that the Guinness World Records is aware of, but none between people so old.

The pair married in 1941 in the first church built by the Spanish in Quito: La Iglesia de El Belen. Julio secretly slipped away from his parents to wed his lover as neither of their families appro

"We never divorced, never something similar. We didn't think about that," Ms Quinteros said.

Both are retired teachers and live in the north-central part of Quito, Ecuador's capital.