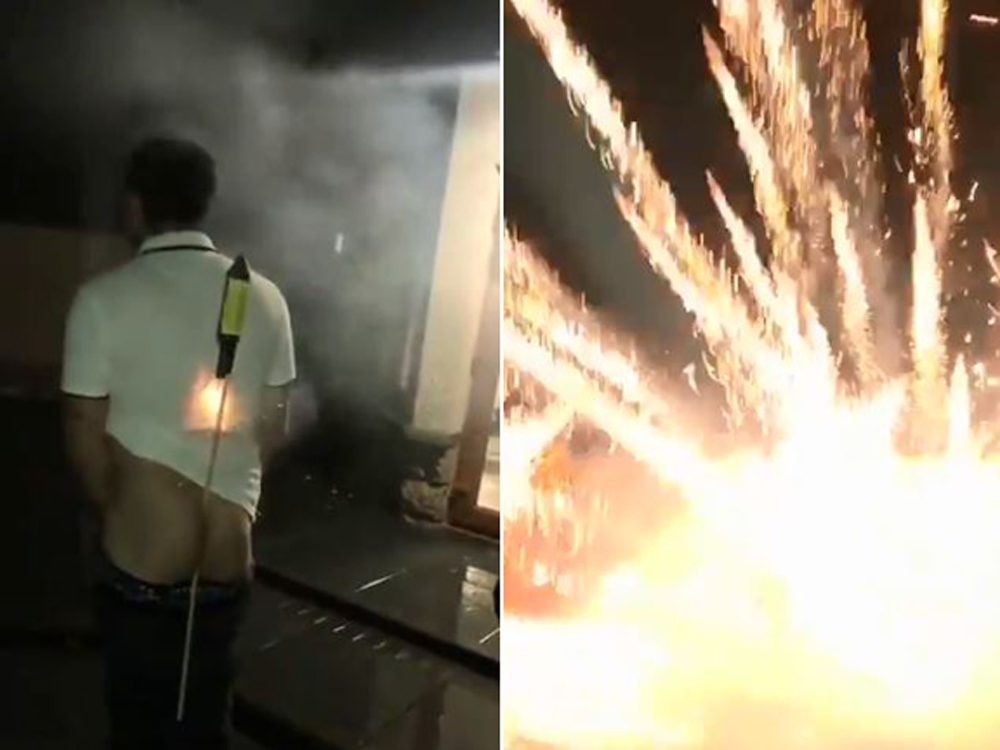 Stupidity to the next level!!

Many have grown accustomed to explosive things coming from the butt. But now Scottish man took that to a whole new level. In a viral video posted to Twitter, a man can be seen with his pants pulled down with what appears to be a rocket-style firework wedged between his buttocks. Another person in a black coat then ignites the firework with a lighter. While the firework begins to spark, laughter can be heard off-camera. “It’s burned up your back. Your T-shirt is wrecked,” someone says in the video. The rocket then explodes, shooting sparks down the unfortunate man’s back, causing him to hunch forward and remove the firework from his butt.

With his backside still exposed, the man runs off as the firework explodes with sparks.

The video has been viewed more than 451,000 times with many commenting on the stupid antics. “Again … proof as to why women live longer than men,” wrote another.

“He straightened his back and got burned by the fuse, then realized that was stupid,” wrote another.

A spokesperson for the Royal Society for the Prevention of Accidents in the U.K. condemned the antics, telling The Sun, “It doesn’t take a bright spark to know that fireworks are not to be toyed with.”

‘We recommend families enjoy fireworks at an organized display and follow the Firework Code,” they stated.